Due to the Grand Final Public Holiday in Victoria all orders placed on Thursday 23rd Sept - Sunday 26th Sept will be processed the following week.
The store will not work correctly in the case when cookies are disabled.
Menu
Account

Titleist continues its pursuit of producing the world’s best irons with the launch of the T-Series. Suited for the tour-player through to a game-improver new to the game, the thrilling and advanced line of irons will help any golfer fire lower scores.

The new T-Series irons include four models— T100, T100•S, T200 and T300. The revolutionary family represents another leap forward in Titleist iron design and technology. Titleist engineers used new materials and processes to address every detail in the evolution of the T-Series to deliver irons boating advanced precision, a stunning look and unmatched feel.

For decades, the tour-validated brand has been trusted by the game’s best players with Titleist owning the mantle as the most played iron on the PGA Tour for 16 of the past 17 seasons including the last seven consecutive years.

T100 is the company’s flagship model for the better player searching for precision control and supreme feel. 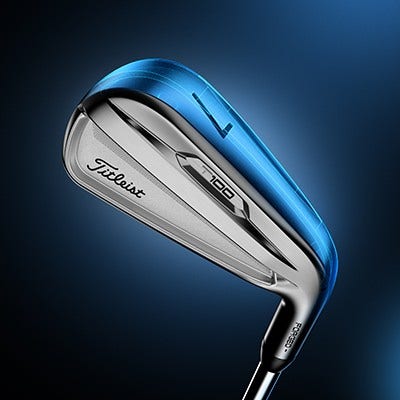 You can be sure the new T100 modern tour iron will deliver commanding performance. After all, the iron model most played by the world’s best since its tour introduction at the 2019 US Open, includes refinements based on the feedback from former world No. 1 Jordan Spieth, multiple tournament winners Cameron Smith and Jessica Korda, plus input from rising stars Will Zalatoris and Garrick Higgo.

T100 is a ‘player’s iron’. The tour-preferred irons with a brushed chrome finish feature a new tour-designed sole. Titleist engineers crafted the new variable bounce design after consultation with selected tour players and the Vokey Design wedge team. The new sole is shaped with less bounce in the heel and more bounce in the toe to provide better turf interaction and improved feel. It’s a design validated by some of golf’s best ball-strikers.

Jordan Spieth posted an opening round 5-under 65 at The Open Championship at Royal St George’s in his first outing with a full set of the new T100 irons. The three-time major winner is quoted…” The sole just glides through the ground so nicely. With the added bounce off the toe and the reduced bounce in the heel similar to the wedges that we have on those grinds, it just allows for some consistency when you get a little bit off.” 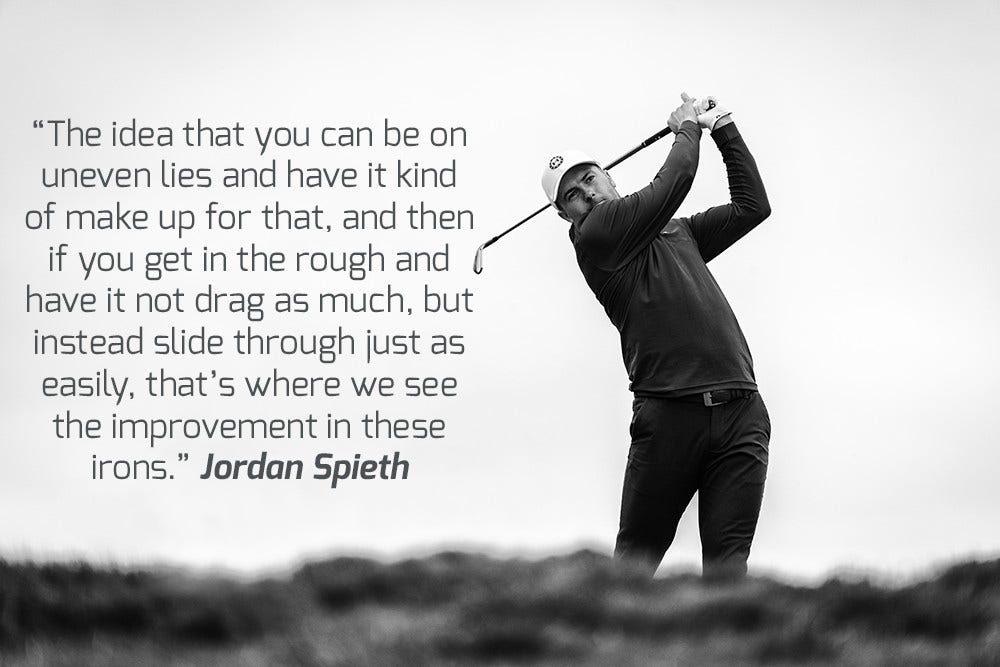 LPGA Tour star Jessica Korda is another leading player who has already adopted the new T100 model into her bag. Korda, a winner of six LPGA Tour titles said, “The consistency is what I look for. Because when I’m standing over the ball and I need this thing to travel a number that I have in my head, and I can rely on that and just be like, just make a good swing, it takes so much of the guesswork out of it and it makes you commit to the shot more. I don't change often. It has to beat what I have, and this is really nice.”

The new T100 includes an updated face construction for an improvement in distance control and shot-making. The new T100 face contains a continuous cradle construction that is supported by a fully forged dual cavity. This refinement creates a seamless striking surface and more uniform leading edge. And, the re-designed face of the 3-iron through to 7-iron will impart more spin on the ball to enhance control and shot-shaping.

And, for a better-balanced iron, the new T100 contains high-density tungsten weights placed in the heel and toe of the 3- to 7-irons for greater mass efficiency. This allowed engineers to carefully position the club’s center of gravity to deliver optimum performance.

T100•S is geared up for the golfer who seeks the look and feel of a Tour iron, but wants more length. 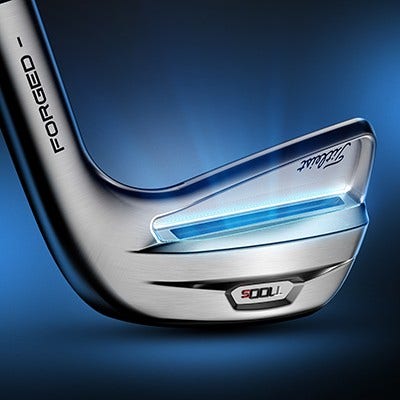 Therefore, to suit that aim, T100•S boasts the same features found in the T100 with the inclusion of two additional benefits—it is engineered with 2* stronger lofts and a new Muscle Channel. The new Muscle Channel produces enhanced ball speed and launch for longer distance.

The new T200 is Titleist’s most advanced iron ever! 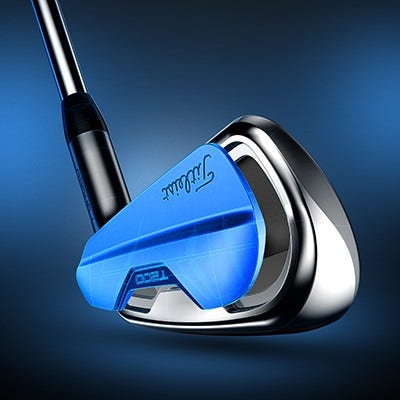 Boasting 10 different patents, T200 is suited to the golfer who wants to create maximum speed while retaining Tour-validated feel, look and control. T200 contains a power packed design with all elements of the multi-material construction engineered to produce long and consistent distance. T200 features improved Max Impact Technology, an engineered muscle plate, an updated shape with reduced offset, and a thinner topline and shorter blade profile. Plus, as is the case with the T100 & T100•S, T200 utlises denser tungsten weighting to return more energy to the golf ball on off center shots and produce tighter dispersion and more consistent distance. 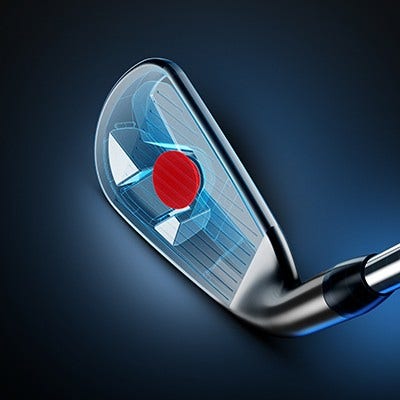 T300 is the brand’s ultimate game improvement iron aimed at the golfer who is searching for higher launch, longer distance and more forgiveness. T300 is powered by updated Max Impact Technology. Titleist’s Max Impact 2.0 includes a Cantilever Core Support Structure with a new high resilience polymer core. This advancement delivers maximum speed across the face and improved distance control. The solid-feeling T300 employs high-density tungsten weights placed in the heel and toe of the 4- to 7-irons to produce the ideal balance of launch, distance and forgiveness. And, the new chrome plated finish presents T300 with a premium look.