Best of the best use Cobra Golf clubs

When the pressure is on and the chips are down, you want a golf club that is going to get the job done and provide the absolute best value for your stroke.

That's why some of the world's best golfers turn to Cobra Golf equipment time and time again, knowing that they can rely on a brand that has delivered consistent results on the green for nearly four decades.

Cobra Golf manufactures a range of top of the line equipment to suit your game, from drivers to wedges and bags - all of which is produced with a level of professionalism and dedication which you will struggle to find anywhere else.

Few men make it to the PGA or European Tours, and even fewer ever get the honour of raising a tournament trophy. That's why it's hard to deny the pure class of a player like Ian Poulter, who has two PGA Tour titles, 12 European Tour titles and an astonishing 16 professional wins to his name.

Whenever he finds himself in trouble out on the course, Poulter reaches for Cobra Golf clubs to get him out of dodge. The Hitchin, England native isn't alone in that respect either, as several other big name players rely on Cobra Golf clubs when they step onto the green.

Ever since former Australian amateur golf champ Thomas Crow founded the Cobra Golf brand in Australia in 1973, Cobra has been producing some of the world's best clubs.

Since then, the company has enlisted some of the top names in golf to help design state of the art, innovative clubs that are able to send the ball further and with greater accuracy than many previously imagined possible.

In the past, people such as 'The Shark' himself, Greg Norman, and short-game expert Phil Rogers have assisted Cobra in producing these clubs, highlighting the fact that this brand will spare no expense when it comes to delivering a superior product.

Get the performance you need

Success on the golf course requires hard work and determination, but also commitment and investment as well.

Even the best golfers will struggle without the right equipment to match their abilities, after all, which is why it's worthwhile hunting down a set of golf clubs that are right for you.

With a proven track record of professionalism and performance, Cobra Golf equipment should be your one stop shop for everything you need to take your game to the next level. 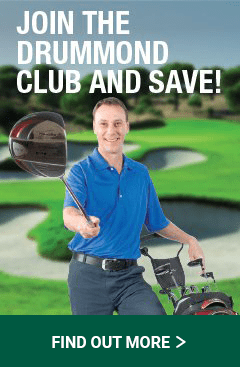